1. FIFA Laws of the Game

laws of the game provided by FIFA.

NB! If there are conflicting claims in the FIFA rules and in the Cup Kääriku rules and

regulations, the tournament guide shall apply.

2. Size of the team and duration of the match

3. Use of older players in the tournament

In the 9-a-side, 7-a-side and 6-a-side categories it is allowed to use in one team up

to two older players, who have been born later than 1 August the prior year.

For example: In the boys’ age group 2011, it is allowed to have in one team two

During the youth football tournament Cup Kääriku 2020, it is not allowed for the

players to play in more than one age group. If this rule is ignored, the player will be

cancelled. The result -/+ will be noted in the tournament chart and this means that

the other team has won.

loser by 0-3, after a decision by the jury. If a team repeatedly fail to appear at the

games, the team may be excluded from the tournament. In special cases, the

tournament jury may decide to exclude a team at the first offence, i.e. if a deliberate

WO favors the own team or is unfair to another team in the group.

If a match is interrupted for some reason and can’t be played to the end, the jury will

from the minute when it was interrupted, or if the result will be fixed or if one of the

Cup Kääriku matches will be held on various stadiums in Kääriku Sports Centre. The

matches of the tournament will be played on artificial and natural turf.

NB! Tournament organizers reserve the right to make changes in the time schedules

In the subgroup tournaments, the teams are divided into subgroups of 4-6 teams,

where all teams will play against each other once.

In the matches held during the subgroup tournament, a victory gives each team 3

If some teams get equal scores in subgroups, the final ranking will be decided

match between each other

All places in the Cup Kääriku tournament will be determined in the playoff system.

week before the tournament begins.

During the playoff and final match, if the match ends with a draw after the end of

match time, the teams have to start shooting penalties immediately. There will be no

extra time during the tournament matches. The number of penalties in each age

A protest is directed against the validity of the result of the match. A protest has to be

based on that whether the player has right to participate or not, on serious violation

after the end of the protested match.

A general protest against the whole opposing team is not acceptable.

after the referee has showed two cards, is only allowed if referee made a mistake

against the corresponding player.

Protest processing fee is 75 EUR. This amount will be refunded if the protest is

The teams having won the first, second and third place will be awarded with trophies,

medals and diplomas. The best player of each age group and goalkeeper will be

awarded with the special prizes.

injuries, which happen during the football tournament. Teams have an obligation to

ensure that all trauma situations will be resolved.

Medical person will be provided by organizers!

after the final whistle.

By participation in Cup Kääriku football tournament, the team confirms being aware

of all the rules of the tournament.

15. Registration of the team

When arriving to the tournament, all the teams have to submit the completed

registration form to the tournament organizers before their first competitive match. If

possible, the signed registration form can be e-mailed to cupkaariku@gmail.com

The players not listed on the registration form cannot participate. Teams are not

allowed to add more players to the registration form during the tournament.

The representative of each team is required to sign a statement, confirming the

arrival to the tournament, acceptance of the Cup Kääriku rules and the team’s

NB! A team, who has not met the aforementioned demands, will not be allowed to

play in the tournament.

The team representative, as indicated on the participant list, is responsible for any

damage caused by his/her players in accomodation and stadions.

The jury of the tournament has right to make changes in match times and locations,

if it is necessary and an inevitable event requires it!

NB! Tournament organizers are not responsible for the event of theft during the 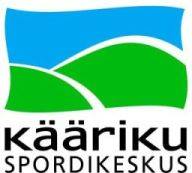