U-13 tournament has finished 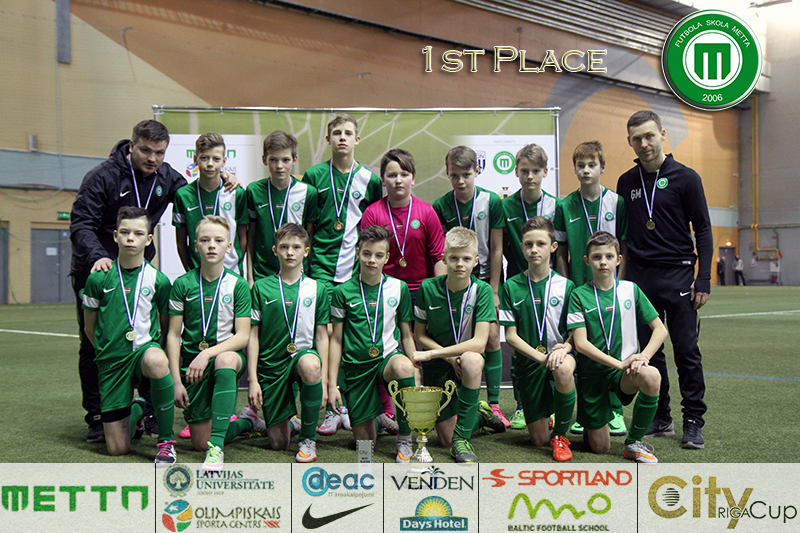 After a confident performance throughout the whole competition FS Metta deservedly became the Champions of Riga City Cup U-13 tournament. It was Northern Ireland Selection Team who became runners up by losing 1-3 in final. But 3rd place went to arguably the best Swedish football academy Malmo FF as they beat Sitika FS 3-1.

With a total of 58 matches played and 90 goals scored in 2 days Riga City Cup was a place to be over the weekend. Boys from Sweden, UK, Ukraine, Estonia, Lithuania and Latvia were fighting for every inch on the field and did their best to prove everyone that they can play a good quality football. As N.Ireland Selection Team manager Darren Murphy said: “It`s fantastic experience for the boys to come here and play against teams with different styles as they need to be able to adapt and still show their best qualities.”

With another tournament approaching make sure to follow our social media to get all the latest news and updates about Riga City Cup U-14 tournament:
Facebook – https://www.facebook.com/RigaCCup/
Twitter – https://twitter.com/RigaCCup